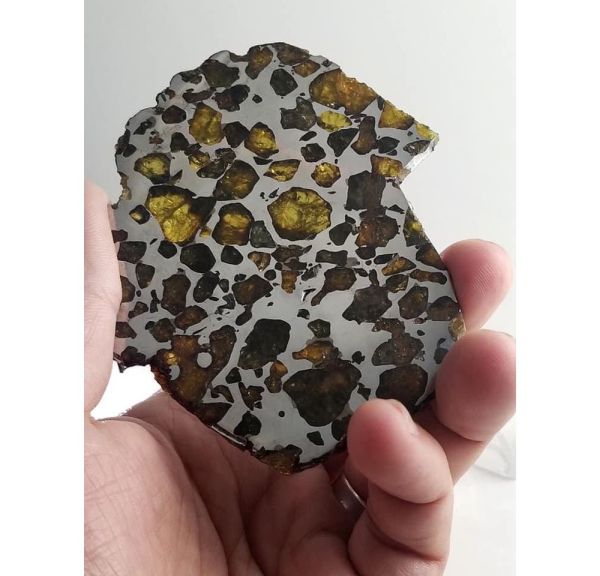 Sorry, this event has been cancelled

Have you been fascinated with meteorites! Would you like to learn more about them? This class is for you!
Please join Roberto Vargas for a class on Intro to Meteorites

I will be discussing:
Where meteorites come from and how we know where they come from and the different kinds of meteorites
*The process of classification
*Meteorite features
*Tektites
*My meteorite hunting expeditions ( and more…)

I will also have a show and tell portion, in which I will be showing off pieces of the following meteorites:
Esquel: Also known as the queen of pallasites Aguas Zarcas: Carbonaceous meteorite fall
Allende: Another carbonaceous meteorite that contains material older than our sun/solar system
Campo Del Cielo: Iron meteorite found in Argentina

Punggur: First meteorite fall of 2021, the only meteorite classified as an H7 melt breccia
*I will also be showing off pieces of the moon and mars (Lunar and Martian meteorites from Northwest Africa) and more.

Bio:
My name is Roberto Vargas, I am a meteorite collector, dealer, and amatuer hunter. I am also a member of the International Meteorite Collectors Association. My journey with
meteorites began in November of 2017 when I purchased my first meteorite, a modest 20g Campo del Cielo crystal. Prior to that, I did not believe you could own something that had been in space. I had acquired my first piece of moldavite in 2005, but back then, I had no idea how big of an impact meteorites would have in my life (excuse the pun).

Accomplishments:
In 2019, a meteorite fall was reported in Costa Rica. I flew out three days after the fall and was able to bring back around a kilogram of fresh meteorites. This meteorite was scientifically significant because it was a rare type of meteorite known as a carbonaceous chondrite, which was found to have amino acids, the building blocks of life.
In 2020, I was involved in the recovery of the Kolang meteorite fall in Indonesia. While traveling to the site was restricted due to Covid, I was able to coordinate recovery efforts remotely and my team and I recovered almost all of it, a piece of which I sold to the American Museum of Natural History in New York.

In 2020, another meteorite fell in Brazil. I was able to fly there and bring back material, being the first to make the material available to the general public. I have also submitted a number of finds from Northwest Africa, which have been published and some that are in the process classified. In January of this year there was another fall in Indonesia. I was able to recover the main mass and my team and I donated pieces to Arizona State University. It was found to be the only meteorite classified as an H7 Melt Breccia (I will discuss classification further in the class)